The Maplewood neighborhood’s natural and built environments will surely leave you awestruck.  Elegant historic boulevards such as Seneca Parkway, which grew in size and opulence as nearby Eastman Kodak Company flourished, lead into parks designed by Frederick Law Olmsted, one of America’s most famous landscape architects.

The homes in the Maplewood neighborhood clearly reflect its history with examples spanning the period from the 1850s to the present. Most were constructed during the thirty year period between 1890 and 1920, representing a broad range of architectural styles and economic levels– from Victorian, Tudor, Queen Anne, Arts and Crafts, Eclectic and Shingle, to Colonial and Georgian Revival. Although each house in Maplewood is distinctive, commonly found features include chestnut, oak, walnut, mahogany, or gumwood trim; hardwood floors; bay windows; stained or leaded glass; pocket or french doors; fireplaces with elaborate mantels, and spacious porches. Large shade trees lining the streets, mature hedges, foundation plantings and backyard gardens all add to the charm of Maplewood’s housing. In 1997, NYS & the Federal Government declared a portion of Maplewood as a designated historic area and is on the National Register for Historic Places.

Maplewood Park along the Genesee gorge is famous for its rose garden, which contains over 250 varieties, and the annual Rose Festival. The Lower Falls and the Genesee Riverway Trail are accessible from the park and several other points in the neighborhood. Nearby is the Seneca Park Zoo, Ontario Beach Park, and the historic Edgerton R-Center and Stardust Ballroom.

Maplewood’s well-established neighborhood association organizes, advocates, and runs activities year-round to showcase its great places and people. The association’s monthly meetings are well-attended, and so is volunteer participation in community building and beautification projects. Each year they host the popular Maplewood Historic Homes tour.

On the northwest side of the city, surrounded by major roadways, this neighborhood offers a variety of retail, restaurant, and service establishments. With housing options ranging from studio apartments to historic mansions, Maplewood has something for everyone. 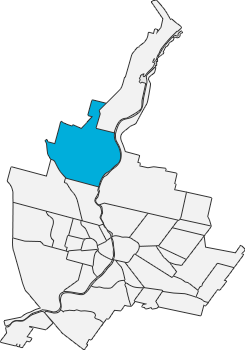