The pigs that gave Swillburg its name are long gone, but its identity remains intact, as evidenced by the special street signs, house number plaques, and many other public areas in the neighborhood which sport the image of a playful pig.

Swillburg offers character, culture, and choice par excellence to include the array of ethnic restaurants on South Clinton Avenue, the historic independent Cinema Theater, and the Highland Park and South Wedge Diners. Wonderfully diverse housing styles and choices range from small cottage-like dwellings to 2,000 square-foot-plus American Foursquares and Queen Annes. The active Swillburg Neighborhood Association facilitated the colorful murals along Pembroke Street that tell the tale of Swillburg’s porky past. The South Clinton Avenue Merchants Association plans festive annual events such as South Clinton Goes Batty in the fall, and a Valentine’s Day Date Night to highlight the activity along the business corridor.

The neighborhood’s unusual name dates back to the 19th Century, when George Goebel ran one of the city’s most prominent pig farms and collected garbage for swill for their feed. Eventually the swine made way for German and Irish immigrants and their turn-of-the-century homes that make up most of today’s housing stock.

Swillburg experienced a defining moment in the 1970s when grassroots organizations mobilized an effort to stop the extension of I-390 from its northern terminus to Downtown Rochester. Detailed plans were developed for the expressway, and New York State Department of Transportation even began acquiring properties and demolishing houses along the future corridor. However, Swillburg residents were resolute in their opposition, claiming the expressway would tear the urban fabric and divide the community. They ultimately persuaded enough elected officials to defeat the expressway within the city. In a move that symbolized the neighborhood’s resiliency, a small park was created upon a collection of lots where houses once stood but were razed in preparation for the highway. Otto Henderberg Square Park, named for one of the champions of the cause, is now a popular gathering place for residents.

Now Swillburg stands as an attractive example of modern urban life, with many permanent residents who care for their homes and gardens. Its amenities and proximity to other commercial areas of Rochester offer unbeatable convenience, while its intimate streets emanate a charming neighborly spirit. The neighborhood is an emerging destination for international cuisine, featuring a small collection of Asian and Middle-Eastern restaurants along South Clinton Avenue.

One of the more appealing characteristics of Swillburg is the close proximity to various shops, restaurants, pubs, parks, and other destinations in the South Wedge and Highland Park, while boasting a greater affordability than those neighborhoods. However, word is spreading, as Swillburg has experienced some of the fastest rising property values in the city. 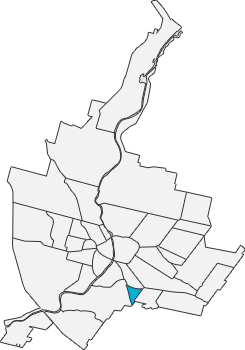